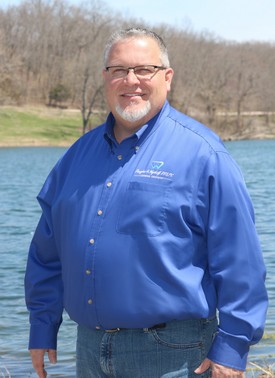 Dr. Douglas A. Wyckoff, D.D.S., has been in general dentistry private practice since 1992 in Cameron, Missouri. He and his wife Melinda have two sons, Daniel Schmitz and Tryston Wyckoff. Dr. Wyckoff has been in private dental practice since 1992. He was selected as one of nine students into the first six-year dental program in 1986. He has taken an active role not only in his community and church but also with his dental organizations.

He has served on several boards including the Administrative Council (as chair) for the Cameron United Methodist Church, Cameron R-I School Board (currently President). He has been recognized on the state and national levels as the leading new dental leader. His peers have nominated and accepted him into the American College and International College of Dentists. Both organizations select fewer than 3% of dentists to be a part of them. Requirements to enter are based on contribution to the profession, ethical practice, and participation in their community.

He was appointed by Governor Matt Blunt to serve on the Northwest Missouri State University Board of Regents in 2008 and served until early 2013.

Cameron Board of Adjustments 3 years

While on the American Dental Association’s Committee on the New Dentist, Dr. Wyckoff presented the Transitions and Student Debt Lectures to the six dental schools in the 6th District (Missouri, Kentucky, Tennessee and West Virginia). These were presented at least every other year at each of the schools.